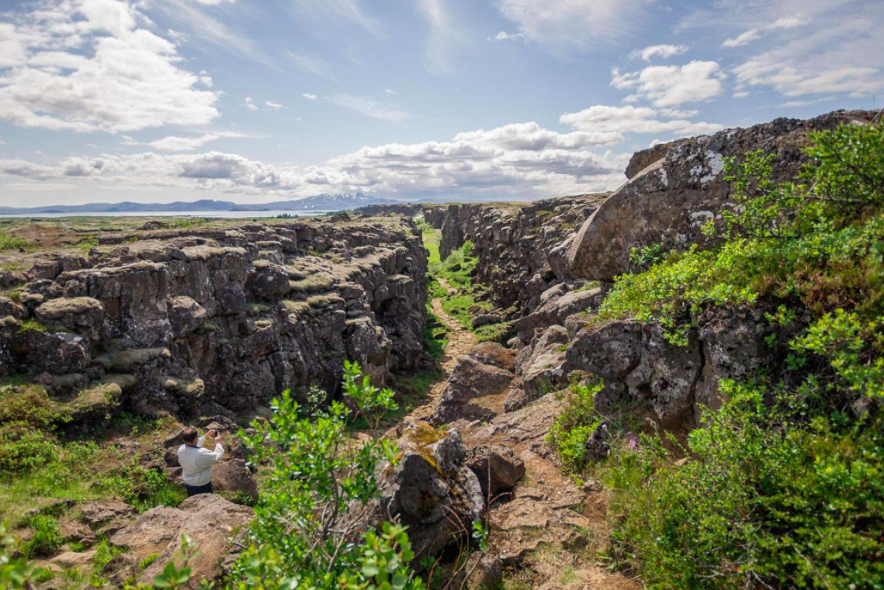 Our Game of Thrones tour will take you to some of the location in the south of Iceland where many scenes of the fabulous Game of Throne TV series were shot. The tour was prepared under the guidance and advise from of one of the Icelandic extras, who of course died a violent death by the hands of the Wildlings.

Experience the same atmosphere as the cast of the Game of Thrones!

The tour will take you to the gorge of Þingvellir, the stomping ground of the White Walkers and the trail of the Wildlings coming from “North of the Wall”.

You will experience the dramatic atmosphere provided by the magnificent nature of Þingvellir and get to know the symbolic significance of that location in context with the story line, You will also visit Þjórsárdalur and the “Settlement Era Viking lodge”, the site of the greatest massacre of the series so far.

On route you will also recall some of the scenery from “The Secret Life of Walter Mitty” and other movies recently made in Iceland.

The Gray Line Bus Terminal in Holtagarðar is the central departure point for the tour.

Pick up and drop off

To help ensuring the quickest possible collection we kindly ask you to stand by for pick up in front of your hotel or guest house when pick up starts. Boarding the pick-up coach please present your tour voucher.

Bring appropriate clothing. Weather is often colder out in the country than in Reykjavík.