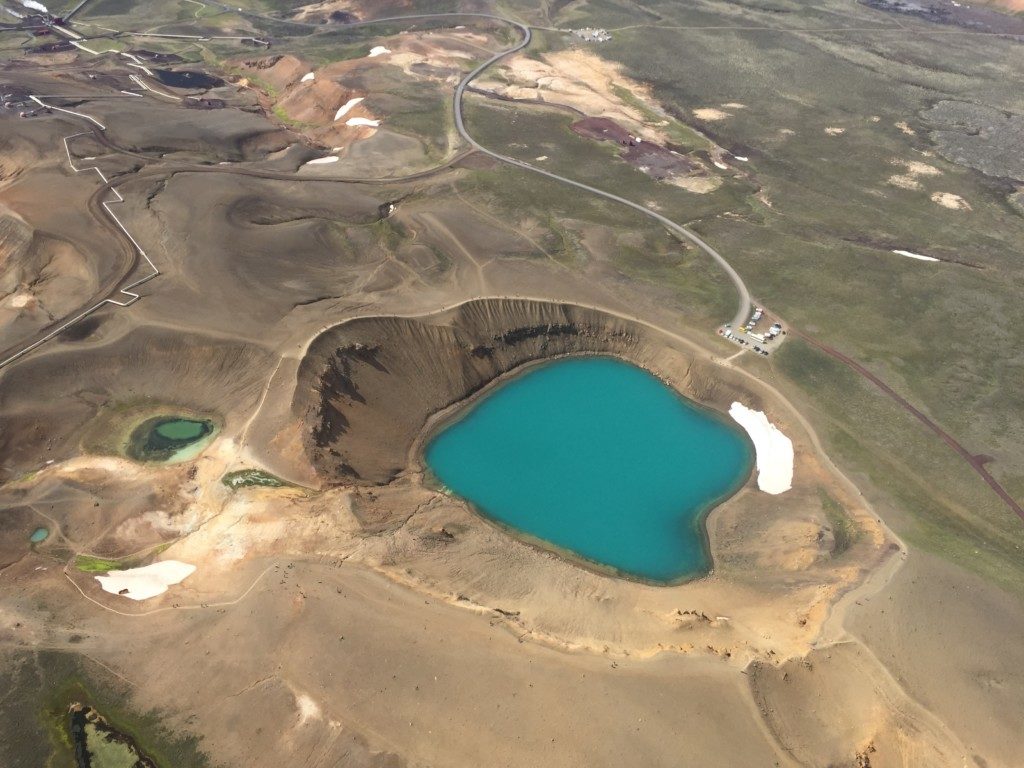 The best thing about flying to Mývatn is that you have to fly over just about everything else on the way! Join us on the Magical Mývatn Tour.

Let us introduce our new Magical Mývatn trip: a full-day adventure covering the top sights, sounds, and smells from all around Iceland.

See all the sights

This northbound journey takes you through the Golden Circle, across the vast deserted highlands where Holuhraun began erupting fountains of lava in 2014, to the famous Askja caldera at the northern edge of Europe’s largest glacier, Vatnajökull. From here, we trace the course of Iceland’s most powerful glacial river as it thunders through the “Grand Canyon of Europe” and plunges over some of the continent’s most impressive waterfalls, including Dettifoss itself.

And then we reach Mývatn! The surroundings of Lake Mývatn are a breathtaking natural spectacle that consistently inspire awe in scientists, bring wonder to young eyes, and amaze everyone in between.

From the air, the unique geology of this region comes to life as you fly over massive lava flows, frozen in time as they leaked from craters now extinct. Witness the forces of Iceland’s creation in action as tectonic plates pull the land apart, scattering the cracked landscape with bubbling mud and steaming vents. Highlights include the recent eruption at Holuhraun, Krafla volcano, Viti and Skútustaðir craters, Námaskarð geothermal area, Hverfjall, and Dimmuborgir.

After submitting the booking we will inform you about the exact starting time for the tour. If the weather forecast does not look promising, we always try to reschedule and if that is not possible, we give a full refund.

We recommend that you wear good shoes, warm jacket, a hat and gloves. It does cold not get cold inside the helicopter (similar to sitting in a car) but it can get cold and windy on Icelandic mountain tops.