Do you need to convert your currency to Icelandic currency? Use our Currency converter below.

Are you unsure about exactly how much that sandwich was? Or do you really want to buy a traditional lopapeysa (woolen sweater) but don’t know how much you can afford? Check out our currency calculator to make sure you don’t spend too much (or too little for that matter) when you visit Iceland. 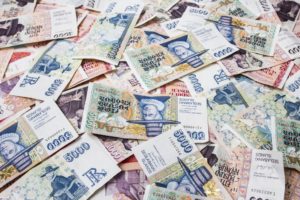 While the Icelandic Krona fell over a decade ago, the Icelandic government has done well in getting Iceland currency back on its feet and back as a contender on the world stage. The strength of currency in Iceland is similar to the strength of currency in other countries such as Switzerland, Norway, Sweden, and Japan. This is why tourists must expect to pay a lot more for simple things such as gas in Iceland and groceries in Iceland when visiting this beautiful but expensive country.

Our exchange rates are updated constantly via the Central Bank of Iceland, so you can make sure you know where your money is going. Have fun!