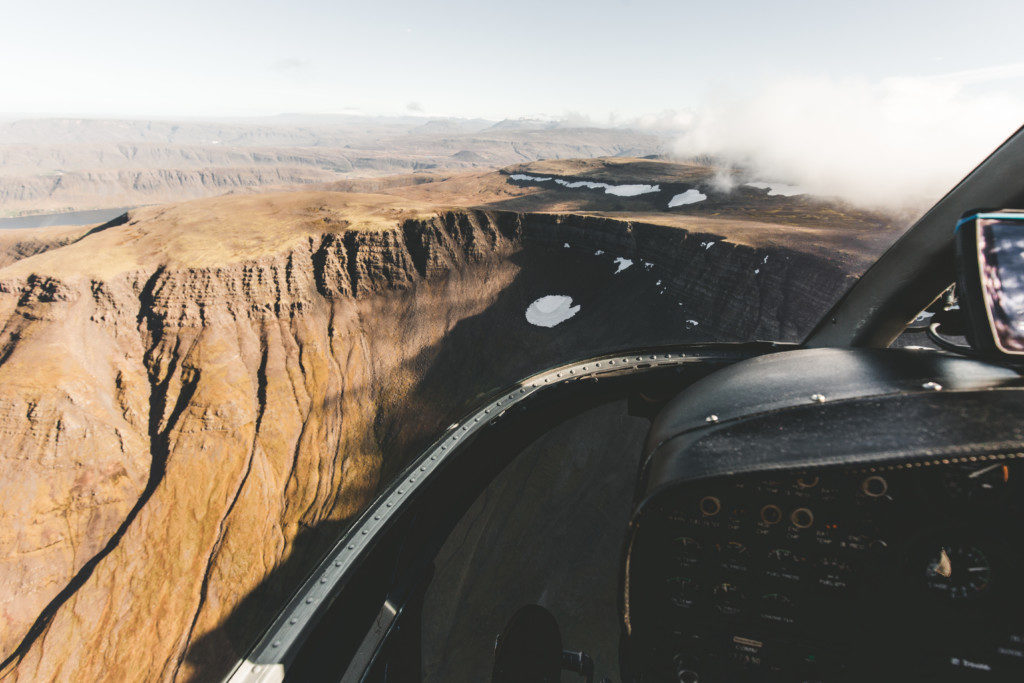 Setting off from the urban views of Reykjavik, we will catch a glimpse of Esja, the mountain just next to the city border. En route we’ll see the highest waterfall in Iceland – Glymur. It is a popular hiking area but nothing beats the view you get from a helicopter!

Next, the Þingvellir National Park, with its absolutely magical culture and nature. Besides being a sacred place for all Icelandic people, and an important part of the country’s history – it is a once in a lifetime experience to see it from the sky. At ground level, it’s hard to grasp the idea that two tectonic plates that drifted apart actually created Iceland… that’s why we take flight!

This tour lands in the geothermal area of the old Hengill volcano. We land in a valley that has natural hot springs, mud pots, and is only accessible by a helicopter (or few hours hike of course!). In this remote area, you can feel the true essence of Icelandic nature – there are no safety ropes, etc. – just how Mother Earth made it. This landing place is also a part of the Geothermal tour, and the Fire and Ice tour.

The total duration of the tour is 70-90 minutes. 40-60 minute guided helicopter flight and a 15 minute landing by a remote geothermal area on an old volcano. Depending on helicopter type and weather

After submitting the booking we will inform you about the exact starting time for the tour. If the weather forecast does not look promising, we always try to reschedule and if that is not possible, we give a full refund.

We recommend that you wear good shoes, warm jacket, a hat and gloves. It does cold not get cold inside the helicopter (similar to sitting in a car) but it can get cold and windy on Icelandic mountain tops.