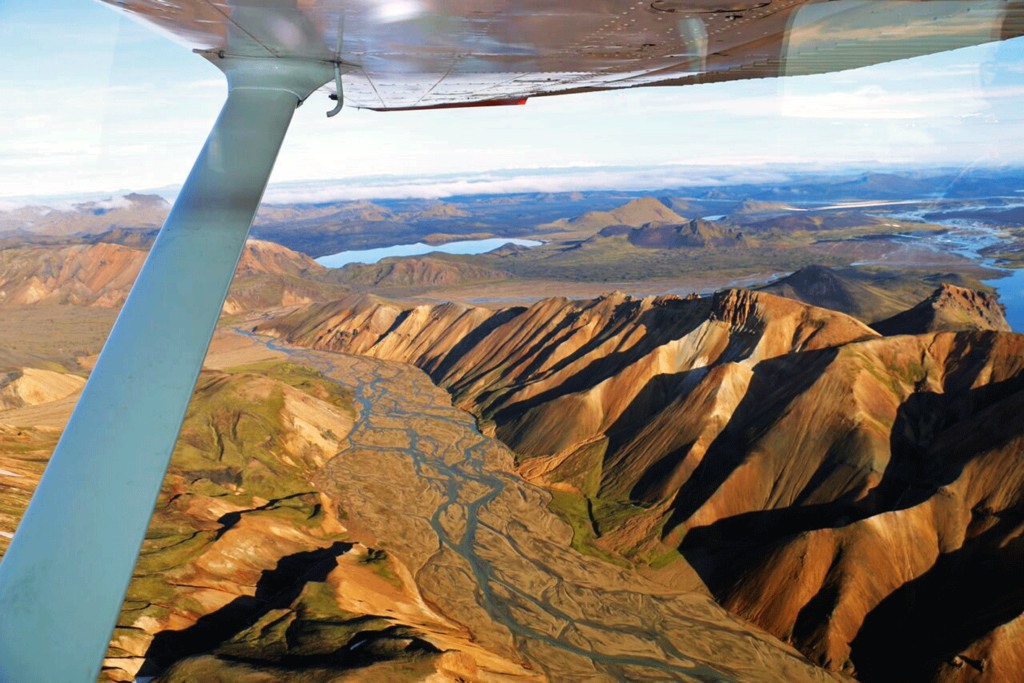 Lakagígar is a crater chain that erupted in 1783, ans was the largest discharge caused by volcanic activity ever to have been witnessed.

From Lakagígar we fly over Landmannalaugar, the beautiful valley between the mountains, before returning back to Skaftafell.

On this tour passengers see glaciers, and the beautiful landscape north of Mýrdalsjökull.This tour will also take you over to the large glacier lake Grímsvötn, where you can see the contrasts between the glacier and the hot springs. Grímsvötn is a basaltic volcano which has the highest eruption frequency of all the volcanoes in Iceland.The most recent eruptions in Grímsvötn where in 2011, 2004, 1998 & 1996