Iceland in black and white 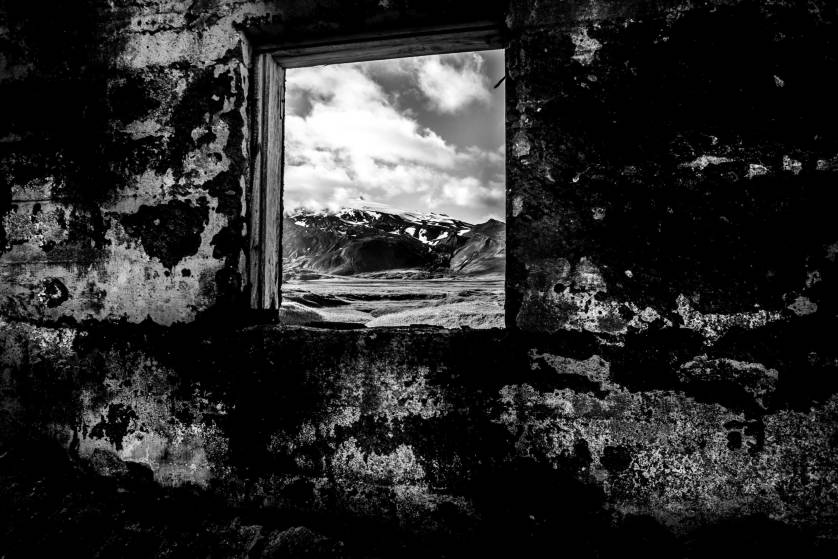 Sébastien has made quite the name for himself as a photojournalist, having documented prisons and the police force in his homeland of Belgium, and following embalmers in Mexico, to name a few. In recent years he has, however, gone a different direction, focusing his attention on Scandinavia, including Iceland, in a series called Nordic Noir.

Out of the comfort zone

“The idea was actually to get out of my photography comfort zone,” says Sébastien when I ask him how Nordic Noir came to be.

“As a photojournalist I mostly photograph social issue, with a link to violence. And 4 years ago I felt a need of doing the total opposite of that. So I started to photograph in Scandinavia, just for myself. I ended up traveling and enjoying simple photography all this time, up in the North,” he adds.

Sébastien is quite taken with Iceland, having visited the country several times. Where does this fascination come from?

“I think it’s the nature, the great open land with its beauty and its dangers. The roughness of the winter, the endless light in summer. The people also. Icelanders taught me to behave with silence and being straight forward. I just love to see Esja in the morning, to feel no tension in the country and being in Reykjavík with fresh air. The paranoia of Europe and occident is totally non-existing there and I love it,” says Sébastien and has trouble coming up with an answer when I ask what he enjoys the most to photograph in Iceland.

“I don’t know, it is a general feeling. Probably the people I meet and the rain.”

Sébastien has struck roots in Iceland and his work is published by Icelandic publishing company Crymogea. A valuable addition to the publishers repertoire since Sébastien’s work has been published in publications like TIME, Paris Match, Le Monde, Le Temps and De Morgen. Furthermore, he’s a regular freelance contributor for De Standaard magazine. Sébastien also has some awards under his belt and was for example awarded the Lucas Dolega and the Nikon Bozar Monography Awards in 2015 for Prisons, the second part of his triptych exploring the judicial system.

Sébastien’s style runs through his photos taken in Iceland and they are all in black and white. With all the landscape photographs from Iceland, bursting with color, why didn’t Sébastien dab into a bit of color?

“Because I think it’s so obvious to photograph Iceland in color. Everybody is doing it. Somehow all these flickr over-colored pictures are making me sick, as the overload of tourist,” says Sébastien and goes on. “It is way more beautiful to look at the color just in reality, and don’t bother your eyes with the screen of your phone. I just love to try to see and describe something else, more personal but also I think more Scandinavian. Such as this feeling you guys have called “a low down”,” says Sébastien, referring to the Icelandic word “lægð”, which can both mean depression and low air pressure in weather forecasts.

Respect the nature and country

Seeing that this talented photographer has visited Iceland numerous times, I have to ask him for recommendations for Iceland bound travelers.

“Well, to behave and respect the nature and the country. To not organize too much and discover by themselves. Always check the weather report online and take time. It’s more interesting to feel and live in a small part of Iceland first than trying to “see it all” in one shot,” says Sébastien. But what’s next for this gifted Belgium?

“My next photography book “Nordic Noir”, published by Crymogea, will be released in April. I’m really excited about it! Then I’ll head to Louisiana in the USA. And of course I’ll never stop taking pictures in Iceland and Scandinavia, because I embrace that culture.”