Worst food? Anything fermented in piss 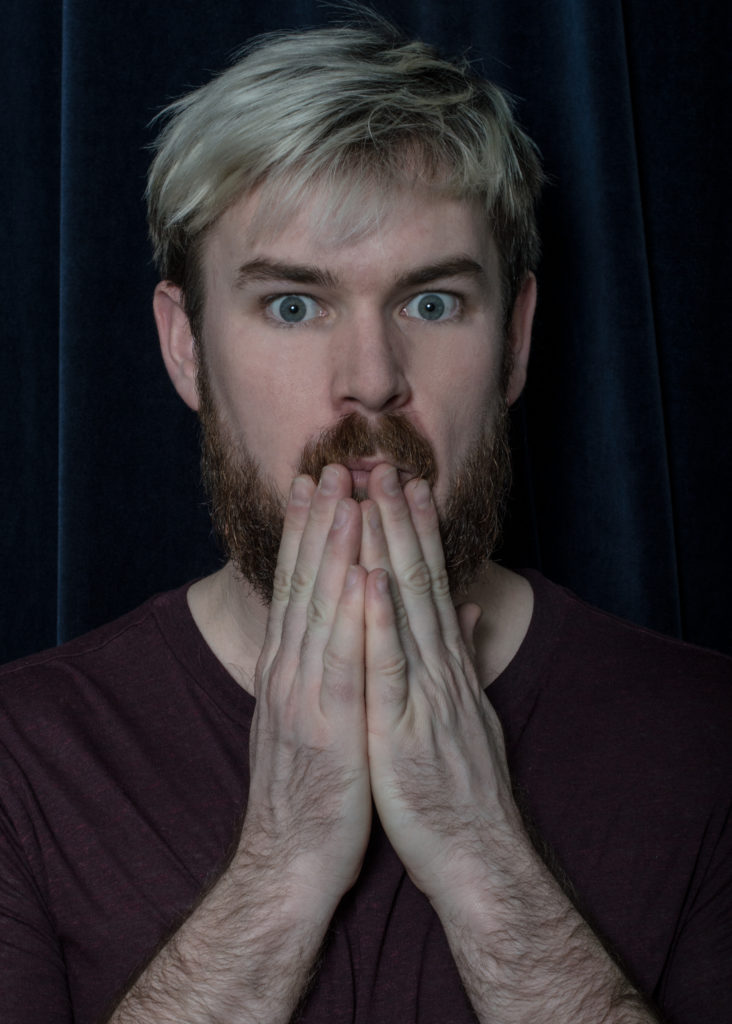 Must See asked Australian comedian Jonathan Duffy, also known as Jono, to answer a few questions about Iceland. Jono has been living in the land of the ice and snow for almost two years and considers himself an Icelander. He loves tuna salad, which many Icelanders hate, and recommends that tourists hike up mount Esja to overlook Reykjavík city.

Why on earth did you move to Iceland?

“Like so many before me, I had a relationship end and decided to move to the other side of the world, although it wasn’t to find myself, I found that behind the couch years ago. I came here in 2011 for a week and really liked it. My plan was to just start here and if it didn’t work move onto somewhere else. It worked quite well so I stayed, it’s been nearly two years now. I’m a comedian so that means I get paid to tell jokes, it also means that for a few months of the year I pour beers or make food in a burger kitchen.”

Was it hard to find work in the beginning?

“For me it all happened unusually fast, but that was because I knew a very well connected person here, she introduced me to some amazing people and I said “Yes” to lots of fun projects. Before I knew it, I was on the creative team for Eurovision and directing music videos for a pop star, all while regularly getting booked for stand up.”

What was the biggest shock when you came here in the beginning?

“Everyone tells you that Iceland is so small everyone knows everyone. I used to laugh at that and then I realized it was true.

Especially as a gay man. Even worse being the only gay comedian in the entire country. People I have never met know my name

or give me feedback on gigs I’ve done. It’s both lovely and weird at the same time. The other thing that really struck me was that winter is actually depressing after a while. People tell you that eventually it will get you down, and I never believed them but it’s true. The funny thing about it is that you don’t realise how depressed you have been until spring comes. You keep telling yourself through winter “I’m fine” and then when spring comes you’re like “I really wasn’t fine”.”

What’s the difference between living in Australia and living in Iceland?

“There’s no element of danger in the nature. That’s the biggest thing. When you grow up with dangerous nature – animals, plants, even people – you never really think about it until it’s no longer around you. Maybe that’s why Aussies are perceived as so relaxed when we’re abroad, nothing is constantly trying to kill us. I guess the other thing is not only is the land mass small, it’s also so much closer to other places. In the time it takes to fly from here to Amsterdam I would still be on a flight from where I used to live in Australia to go see my parents.”

How are the Icelandic people?

“They are so relaxed about organisation it can sometimes be annoying. They have a saying here “Þetta reddast”, which means “it’ll happen”. They say it about almost everything. In Australia, people are really on time to everything and are really sorry when they’re late. Here, when you say a show starts at 8 pm, you’ll be lucky if it starts at 8.30 pm.

Also, there are a few language things that are strange. When they say “Yes” (Já), sometimes they say it while taking a breath in. Also if they didn’t hear what you said they simply say “HA” with no upward inflection on the end so it doesn’t sound like a question. At first I thought they were constantly laughing at me.”

My favorite places are Hurra, Bravo, for casual beers, Gaukurinn for comedy in English or a drag show, and Lebowski Bar for reasonably priced food and to check out a movie themed bar. If you can get a chance to hike up the mountain that overlooks Reykjavík, Esja, do it, it’s amazing. Also the Golden circle is a must if you’ve never been here.”

Which places should you absolutely not visit?

B5, it’s really not a place I like to go. Too many crazy drunk people. I’ve never been to Adam Hotel but I wouldn’t stay there, unless you want to pay for water – which is free and should always be free.”

“Jæja”. It literally means almost nothing but there’s so many ways you can use it.”

“Túnfisksalat (e. Tuna salad). I love it, yet so many Icelanders hate it.”

“Anything fermented in piss”

Do you consider yourself an Icelander yet?

“I actually do. I knew that when I recently came back from Christmas in Australia. When I touched down, I had the great feeling that I had come home. I feel very much a part of this country and I’m trying really hard to learn the language which is the final step in assimilation.”

What do you want to say to all the foreigners that want to visit Iceland?

“It’s a beautiful place. I think the worst thing you can hear is that you’re sick of tourists. Yes, there are lots of tourists here, but they’re also the reason you came. Without them there would be no tourism industry and you wouldn’t have known about Iceland. There are places to go here if you really don’t want to be around tourists. This is a fantastic country and if you take care of it while you’re here, it will be here to enjoy for a long time.”

If you want to see Jono in action you should check out his show Australiana which is on from Saturday the 28th of January at Tjarnarbíó theater. See more on Facebook.