Our visit to the Lava Centre in South Iceland 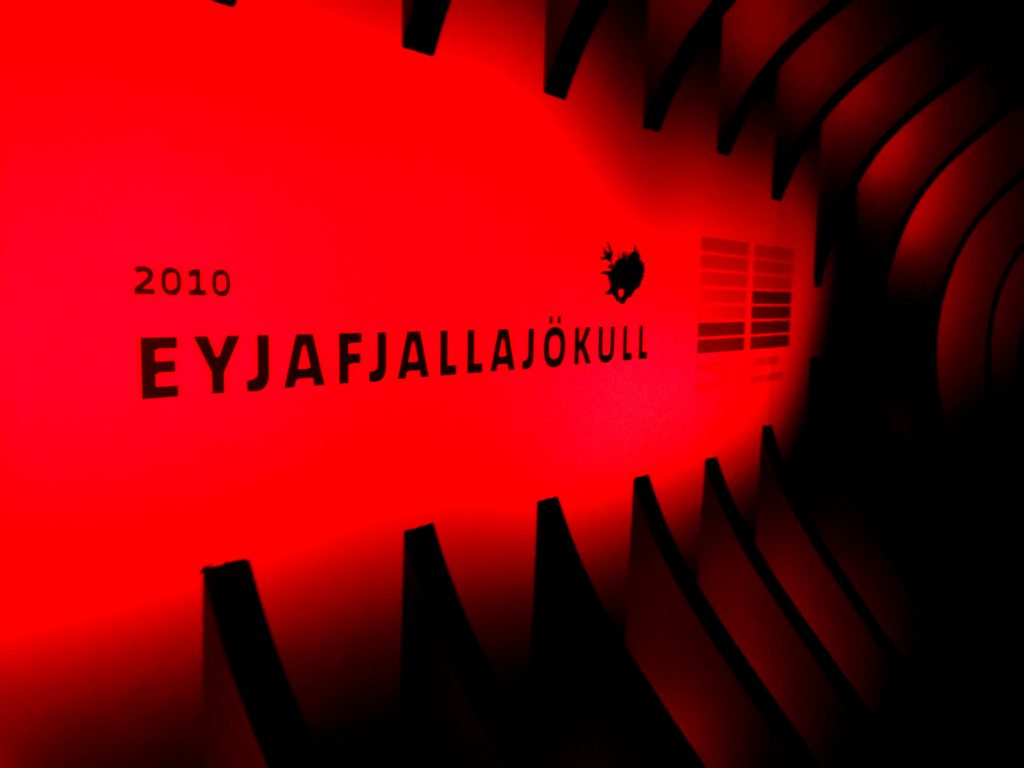 We decided to take a little mini break last weekend, rent a cabin near the town of Hella and just relax. One thing we decided to do on our break from the world was to visit the Lava Centre in Hvolsvöllur.

The Lava Centre is relatively new, offering various knowledge about our beloved volcanoes. The building is extremely elegant and some how manages to fit perfectly into the environment, even though it’s pretty, darn huge.

Even though we (when I say we, I mean my husband and I) have driven the south coast numerous times since the Lava Centre opened, we had never before stepped foot inside there. And since the weather was horrible, with the weather gods offering us rain, sleet, snow and lots and lots of wind, we thought it would be a nice change of pace to just get warm inside the centre. Besides, there was so much fog that we couldn’t even see the next grocery store, little own Eyjafjallajökull glacier or Hekla volcano.

Our Centre visit started off with a 12 minutes long film about Icelandic volcanoes. It’s basically just a timeline of eruptions in Iceland accompanied with impressive and breath taking footage of said eruptions. Even though I’ve seen footage like this hundreds of times, it still really moves me. So much power. Nature at it rawest form.

After the film ended we were led inside the showroom where you could read more about each Icelandic volcano and get some knowledge about what exactly happens when an eruption takes place.

Don’t get me wrong, the design, look and feel of the Lava Centre is really quite something. You can see that so much work has gone into making this display and it looks amazing. However, I found the museum to be a bit too theoretical for my taste. I was really missing the personal aspect of it all, which for me is so much more interesting than learning about magma flow and mantle plume. I wanted photos, stories, videos of how these eruptions affected the lives of the people that live in volcanic areas. If we take the Eyjafjallajökull eruption in 2010 for example, that had an enormous effect on not only Icelanders, but people all around the world. Maybe this is something that will be added in later, and I truly hope that’s the case.

In short, I thought the Lava Centre was worth the visit but it fell a bit short for me because of all the science talk and not enough human touch. All in all – a pretty good activity for a bad weather day. And we have plenty of those during the Icelandic winter!

Click here to book your ticket to the Lava Centre.