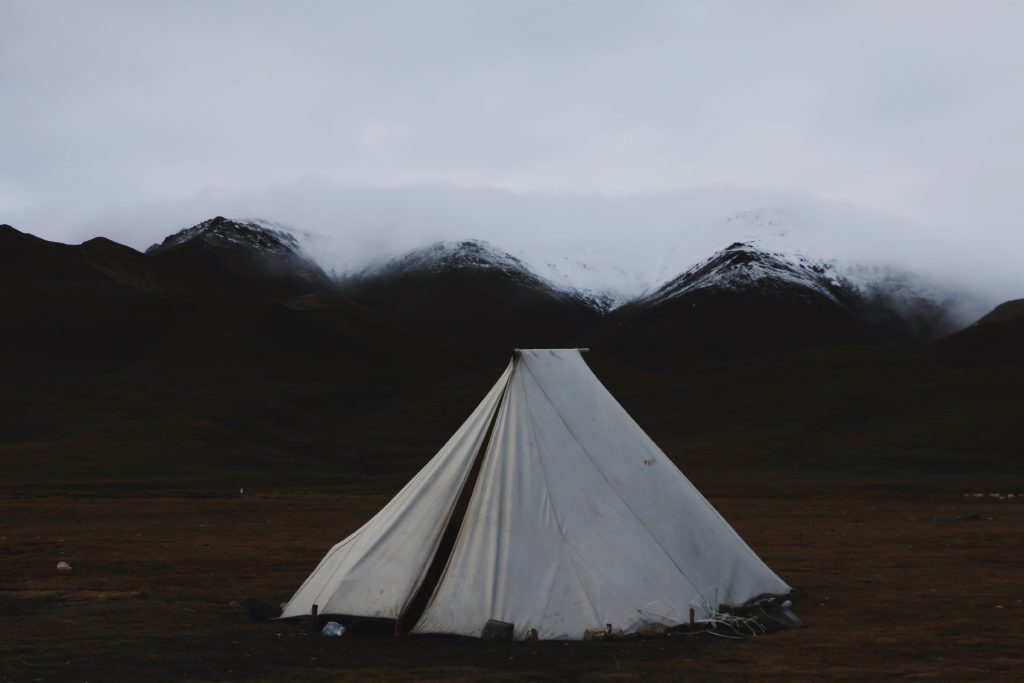 Summer is here and it’s time for Icelandic families to pack way too much stuff in their trunk and drive off into the countryside to camp in Iceland. It’s kind of a tradition. But where exactly can you camp in Iceland?

Camping in Iceland is a great budget alternative when traveling around the country, and it also lets you see a lot of sights you wouldn’t necessarily get the chance to explore otherwise. Many tourists are however confused about where to camp in Iceland so I thought I’d write a little guide to straighten things out.

First of all, you should try to stay on designated campsites, whether you have a tent, trailer, camper, caravan or camper vans. Or if you’re dead broke and sleeping in your car, something I wouldn’t recommend on this cold and often frosty island. New conservation legislation came into effect in 2015 with the following rules for camping outside of campsites:

You should also be aware that the landowner or right-holder can deny your request or limit your access to his land if there’s risk of damage to the natural environment. Said landowner can also charge you a fee for camping, so make sure you ask in advance what the cost would be. Click here to see restrictions on camping in protected areas.

Buy the Camping Card if camping’s your thing

As I said before, camping is a budget friendly accommodation option, and if you plan on camping for an extended period of time I recommend you purchase the Camping Card. I think that’s absolutely brilliant!

The Camping Card costs 18.900 ISK and each card is valid for 2 adults and 4 children under the age of 16 for 28 days. With the card you get access to over 40 campsites all around Iceland and it doesn’t matter if you’re pitching a tent or sleeping in a fancy trailer. The Camping Card does however not cover additional services on site, such as electricity and showers, and you have to pay 111 ISK per tent per night because of a special tax on lodging that the Icelandic government introduced in 2012. Thank you Iceland!

Before you set off, thinking that it’s no big deal to camp in Iceland, I must warn you about a major factor that could make or break your vacation. The notorious and unpredictable Icelandic weather. When on the road, please make sure you check the weather forecast and road conditions before deciding to where to camp in Iceland. However, the weather forecasts here in the middle of the Atlantic Ocean are never 100% reliable, so keep that in mind as well. Another good website to update regularly is Safetravel, The Icelandic Search and Rescue Team’s website – read more about it here.

Be prepared for anything

It’s imperative to pack well when you camp in Iceland, in case you run into some trouble or find yourself in the middle of nowhere, where basic services are few and far between. Pack some food and water and be prepared for anything. And I don’t have to mention that you need good camping gear, with sleeping bags that can handle -15°C because sometimes we get frost in the summer. You’ve got to love Iceland!

Also, check when the campsites are open. Granted, they are all open during the summer, but dates can vary from place to place. Many open in May and stay open all the way through September but some may only be accessible from June to August. Some are open all year around, with service being limited during the winter in a few locations. You should also know that Iceland has a lot of summer festivals, when some campsites get really crowded. In some cases, the aforementioned Camping Card is not valid during those festivals.

Don’t be an asshole

And remember – campers should only leave their footprint behind in the wild. This is extremely important in Iceland, and anywhere in the world, because vegetation is sensitive. So, don’t be an asshole and leave your trash or stuff laying around. And don’t take a poop in the wild without cleaning up after yourself or leave loads of dirty toilet paper flying around our beautiful country. The reason I say this is because, yes, it has been done and it’s disgusting!

Other than that – happy camping and stay safe out there!

Was this article helpful? Rate us on TripAdvisor to help spread the message!

Save a few ISK and talk politics!