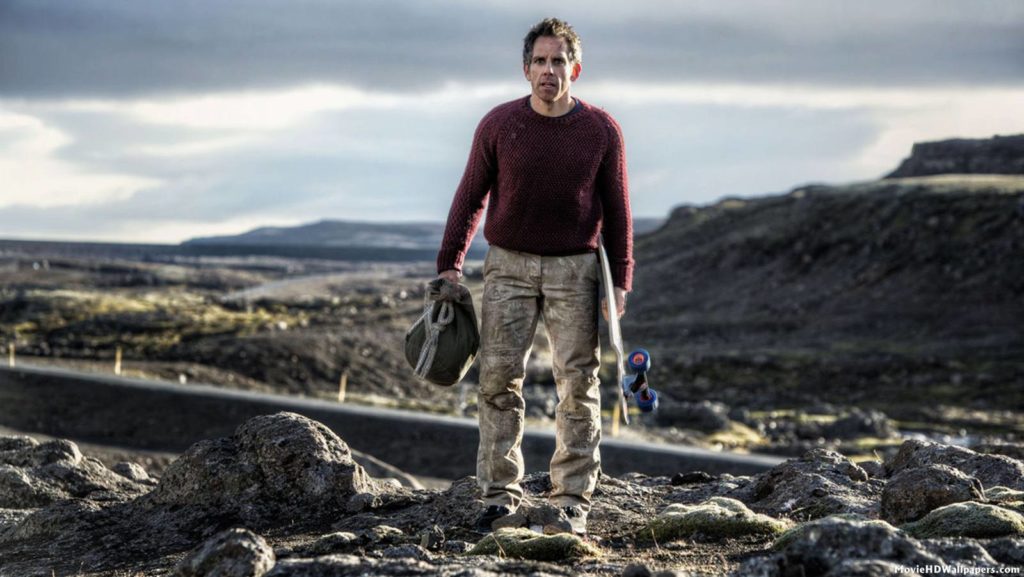 The Hollywood blockbuster The Secret Life of Walter Mitty was shot on many locations in Iceland in 2012. So if you want to follow in the footsteps of negative assets manager Walter Mitty, portrayed by Ben Stiller, you should take a look at our guide of these beautiful locations around Iceland.

The guide is written as if you are traveling from Reykjavík. If you want to see all the Walter Mitty sights it’s best for you to drive around Iceland, starting in the west of Iceland and making your way east. It’s a big trip but I can guarantee you will see so many unforgettable places on your way.

Need a car for your trip to Iceland? Check out our car rental.

The bicycle scene with Walter Mitty

Walter grabs a bike and cycles for what seems like days in search for his friend, photographer Sean O’Connell, who is played by Sean Penn. This scene was shot in Grundarfjörður on the Snæfellsnes peninsula in the west of Iceland. A beautiful spot with many interesting places to see.

This trip will only take you around two hours from Reykjavík by car.

Click here to take a tour of the Snæfellsnes peninsula.

This was shot in Stykkishólmur, a town in the western part of Iceland. Walter does karaoke with a drunk man who is actually a helicopter pilot. He then jumps on the helicopter with the drunkard, who is actually played by Icelandic actor Ólafur Darri Ólafsson. He can be seen in movies such as A Walk Among the Tombstones, The Last Witch Hunter and Zoolander 2.

If you want to get to Stykkishólmur from Reykjavík it will only take you little over two hours by car.

The famous longboarding scene where Walter Mitty grabs a longboard and skates down a windy road. This road is actually called Seyðisfjarðarvegur and is located in Seyðisfjörður in the Eastern Region in Iceland.

Seyðisfjörður is some 670 kilometers away from Reykjavík so it will take you a while to get there but it’s totally worth it!

These scenes were actually shot in and near Vatnajökull national park by Europe’s biggest glacier – Vatnajökull. The nature here is dramatic to say the least and if you want to feel like you’re alone in the world I recommend you visit the park and check out some of the hiking trails close by.

It will take you some four hours to drive to Vatnajökull.

The airport where Walter Mitty lands in Greenland is actually shot at Höfn, a fishing town in the southeastern part of Iceland.

If you feel like driving to Höfn it will take you around five and a half hours.

Big Game of Thrones fan? Check out our guide to GoT locations.