A raven family in Iceland goes viral via live stream 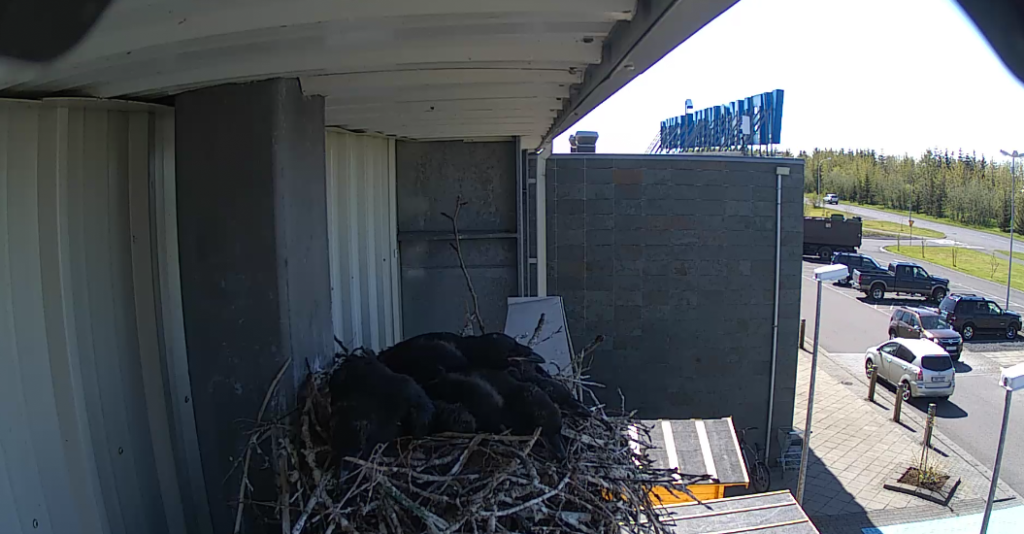 Home hardware retail outlet BYKO has set up a live stream of a raven’s nest by their store in Selfoss in South Iceland.

Five raven hatchlings are in the nest and this is the fifth consecutive year that a raven family calls the BYKO store it’s home. Gunnar Bjarki Rúnarsson, store manager, tells national broadcaster RÚV that it’s not sure if it’s the same pair of ravens that get cozy on the eaves of the building each year, but BYKO has set up a live stream of the nest so people can follow the family’s every move.

Like with other slow TV of animals, it’s an absolute joy to watch and you can really get lost admiring the little ones. If you want to catch a glimpse of them you better act fast since the young ones will soon leave the nest to start their own families in some other store’s eaves.

Popular with locals and foreigners

As reported by RÚV, the feathered family is quite popular among locals but has also caught the attention of foreigners, for example a group of bird enthusiasts from Germany.

The ravens usually make their nest around February and the hatchlings learn to fly come spring. Gunnar says that it didn’t come easy last year since some hatchlings fell down to the parking lot by the store.

“It took almost two weeks last year but in the previous years the hatchlings have flown off and we have taken care of tidying the eaves up,” says Gunnar.

I love these sort of stories and I’m just because of the nest I’m planning a trip to Selfoss this weekend! So, all you bird lovers – I urge you to take a look at those adorable little ravens before it’s too late!